A few years after I first came to live in my little shaded neighbourhood in Pune, still exulting in the sandpit and flowering trees and comfortable parking that fifteen years in Bombay had somehow exemplified as an impossible dream of luxury, I became aware of a rather subtle phenomenon. People would say hello to me, and I would say hello back, impressed by their friendliness, but completely unable to place them. Embarrassed, mildly disbelieving, my newly-wedded husband explained that these were our next-door neighbours.
This was a big surprise. I wondered how these could possibly be people who I passed by frequently on the way to and from home, yet I knew for sure I had never seen them before. 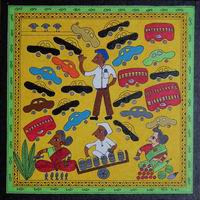 Pondering this puzzle for a while, it struck me that this must be a legacy from all those years of living in little apartment blocks piled higgledy-piggledy on top of each other, with grandmothers and dogs and Sintex water tanks and African violets all jostling for their little inch in five hundred square feet of space. To walk down the corridor was to smell someone else’s dinner. To look out of the window was to encroach on someone else’s most private moments. To curl up with a book was to be distracted by the loud whacking, by merciless mothers, of children who couldn’t remember their seven-eights-are. Of course we had to find ways to keep ourselves to ourselves!
I lived in Bombay for fifteen years, and never thought I’d move. That was me, there, attending book readings at the British Council, plays at the NCPA, and inhaling deep to hold my breath as the double decker careened past the aromatic Sassoon Docks and lurched to a halt outside Bus Station. That was me boarding the coach at the Air India building in the dim hours to catch early flights out into the unknown, laughing happily when concerned security guards asked why my father or brother hadn’t come to drop me. Me who tried to comfort the bumpkin on a visit to friends in Santa Cruz while she watched, dismayed, as the train whizzed past not only the Santa Cruz station, uncaring, but also the next four, and had to face the prospect of grievous bodily injury while attempting to disembark. And yes, I can remember trying to buy vegetables at Andheri market. What a savage place it was! We were like animals, vying for the same prey. The aggression levels of Andheri market, Andheri station, and the environs, will live as icons of dread in my memory forever.
And Colaba, Colaba – for years I have thought of Colaba as my village, with familiar faces dating back thirty-five years and more. All this seems to me, when I think about it now, like snatches of existence from another lifetime. I still own property in Bombay – another of life’s miracles, for a humdrum person such as myself to possess a piece of the planet on which a size-four foot stands on a fortune.
And for many years I lived in a little kholi in Bandra with a Kathak class right below me. Visitors sometimes asked, “How do you LIVE with that noise?” And I would say, “What noise?”
I honestly could not hear it at all, and went about my daily activities with the incessant thumping and banging and jingling of bells entirely outside the scope of my perception.
Years later, focussing on this habit for the first time with dawning awareness, sweeping my neighbours with a sincere and appraising eye, I began the long process of breaking free.
Was it just me? Hadn’t we all developed this facility? Wasn’t it a normal, big-city phenomenon? Didn’t the glazed, faraway look in the eyes of public-transport commuters the world over as they gaze, unseeing, into those of their co-passengers, speak of the same trend?
Here, in Bombay, we had blindly accepted hideous black-and-red
window grilles (or sometimes evilly white ones), and installed double and triple doors with multiple locks on each, and a large ugly padlock hanging outside ostensibly for safety but really more just to delineate our personal space. After that, working on an auto-pilot with the wisest guiding light, we went and developed this special type of blinkered vision in which only we and those who we knew personally actually existed.
Now when I visit, walking down the streets of Bombay, suffused with the warmth and comfort that one can only experience in one’s own true home, I am acutely conscious of how the teeming crowds on the railway platform affects me. On one hand, it’s impossible to describe the exhilarating freedom in the anonymity which no small town, not even my nearly-there, wannabe adopted home can provide. An insignificant corpuscle flowing in a moving mass of humanity, I need never pretend to be who others think I am.
On the other, an intense claustrophobia arises. I long to take deep breaths, but am inhibited by the sundry fragrances that suffuse the air.
I see familiar faces where there are none. I smile at people who I think I know. Hardly anyone smiles back.
first appeared in Maharashtra Herald on 25 Jan 1998
Posted by Saaz Aggarwal at 8:10 PM No comments: