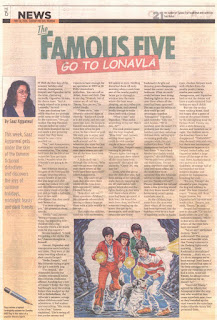 First appeared in Sunday Mid-day on 11 Jun 2006, as part of a series in which Saaz parodied a range of humour writers, using their voices to tell Bombay stories.
Posted by Saaz Aggarwal at 6:33 AM No comments: