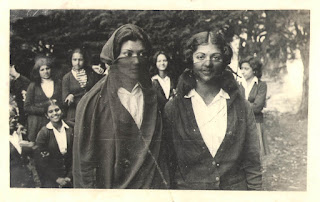 Make-up, of course, was an obvious veil – but then so was beauty. One who projected beauty had the freedom to develop, underneath, in any way they wished – but were equally prisoners of the fact that not many would make the effort to uncover that reality.
Wealth, social position, and material achievement were, of course, veils. They protected one from hunger, cold, loneliness, crowds, dirt and other distasteful possibilities. But they subjugated one with insidious suggestions of conformity to norms laid down by others.
Conformity itself was a veil, suppressing your wants, your identity, your uniqueness, just so that you could feel you belonged even when you didn’t really belong.
Arrogance, snobbishness, superciliousness – even sophistication – these were veils that hid the trembling uncertainty within.
Friends were a veil to cover loneliness.
Maturity was a veil to cover the inadequacy of upbringing.
Even illness was a veil that cloaked despair.
Emotions were veils, too – they veiled each other like anything, anger covering up for fear, fear suppressing sadness, guilt masking resentment, fear of rejection masquerading as entitlement – and under it all a deep, deep sadness, the sadness of basic unlovability.
Was anything, then, real? Or was it true in the end that we were all so controlled, so dominated by that most delicate of all veils of existence, maya as the ancients named it, that no matter how sincerely we shone a torchlight within ourselves, no matter how rigorously we worked to uncover the One which truly existed, maya was a permanent fixture in the sidelines, engulfing us in subtle ways and duping us with images of individual immortality.
First appeared as ‘Veiled Meanings’ in Sunday Mid-day on 12 Nov 2006
Posted by Saaz Aggarwal at 9:56 AM No comments: