He was one of a kind 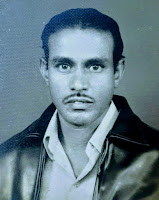 The last time I saw Dharmam would have been about fifty years ago. I don’t think we ever exchanged a single word in conversation. And yet, the memory of who he was, and his professional contribution, have remained fresh in my mind.

In the late 1960s, Dharmam worked on Prospect, one of the four estates of the Estates and Agency Company (E&A, a company with its head office in London). It was one of the most prestigious estates in the Nilgiri District, its tea among the highest priced at the auctions. Thirty years later, when I visited Prospect to show my family the beautiful home I had lived in as a child, it was in a state of utter decline. I felt bemused by the changes, but gratified to learn that people still remembered my father, Bob Savur. Hoping to find one of the old-timers still around, scouring my memory for names, I asked after Dharmam. Sadly, nobody knew where he had moved to. 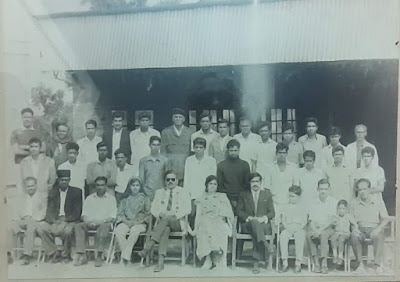 In 2019, I began working with M Ravindran, a former colleague of my dad’s at Prospect, on a book about the good old days, An Elephant Kissed My Window. Memories began to surface, and prominent among them was Dharmam.

What was the reason for my vivid recall? Why did his name and persona stand out so sharply, unobscured by the many eventful years since then? I soon began to realise that Dharmam’s work was essential not just to production but also to quality of life, since, along with being in charge of maintaining the factory machinery, he was also responsible for the estate vehicles, the civil and electrical upkeep of estate properties, and the estate’s water supply. And, Dharmam was not someone who restricted himself to maintenance. He embraced his work with the joy of inventive genius, and those I interviewed spoke with respect of his creative recycling. He is still remembered for the winch system at High Forest Estate, Mudis, which sent bags of leaf using a wire rope-pulley system to the factory. At Prospect, he created a pond on a hill and laid pipes that conveyed water around the estate. When the estate hired a bulldozer from outside the Nilgiris to construct India’s first green tea factory, Dharmam, always one to optimise the use of resources, persuaded my dad that they could use it convert the meadow near the staff club into a football ground, which they did. Dharmam’s contribution extended far beyond estate functionalities: he had crafted baking trays, piggybanks, even barstools, from scrap. My brother Ravi and I had a car he had assembled from tin sheets and bicycle pedals which we could actually ride in. It had an axle connected to a real steering wheel and a loud honking horn which once belonged to a lorry.

These memories and insights filled me with determination to somehow locate Dharmam’s children and send them copies of The Elephant Kissed My Window. No one at the Prospect office knew where he was, but continuous phone follow-ups resulted in a few leads. When my disgracefully inadequate Tamil became an obstacle, a kind classmate made the calls and eventually came back with the full names of Dharmam’s sons. This gave me hope, as the names are unusual, and it was a moment of delight to find Rajappa Charles on LinkedIn: he was Chief Engineer at St Stephen’s Hospital in Delhi. It took only a few eager phone calls to the hospital to get Rajappa’s number. And to learn from him that he had left Delhi and retired to Nagercoil – and that his father lived with him. 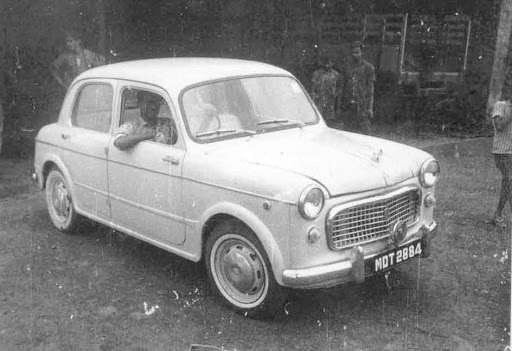 The book was not yet in print, and I was able to check and update some facts from Dharmam who, at 89, was as sharp of mind as ever. In fact, he and Rajappa both had fond memories of the time they bought their first car, a second-hand 1956 Fiat, when Rajappa was a little boy of seven: it was my father who drove them to Coimbatore to inspect it and make sure they were getting a good deal, and drove himself back to the estate while they inaugurated their new acquisition. In the 1960s, tea estate life still followed a somewhat colonial pattern. There was afternoon tea with hot buttered scones and jam, and an apartheid-like social divide. Hearing about this incident told me something about the deep affection and regard my father and Dharmam had for each other. No wonder he was one of the people I still remembered clearly, even half a century later.

Dharmam grew up in Nagercoil, and studied at the Scott Christian High School (a college now). After his matriculation, he did a diploma in mechanical engineering and joined Pioneer Transports, the first company to start a bus service in South India. He was sent to Chennai for diesel engine training and was in the first batch of the prestigious Perkins Diesel Engine institute.

After a break when he suffered a debilitating attack of typhoid, Dharmam joined E&A’s High Forest, where his father PA Charles was Tea Maker, as Mechanic. There he completed an electrical supervisory course, and was promoted to Electrical Supervisor. When my father, manager of High Forest at the time, was transferred to Prospect, he made sure that Dharmam was transferred there too. Dharmam’s wife, Helen, was a much-loved teacher on the estate schools. Their last posting was at Seaforth Estate, O Valley, during which Dharmam retired and stayed on for the few years she continued working.

Connecting with Dharmam and his family was one of my greatest joys of An Elephant Kissed My Window. In December 2019, I met his son Bimal and grandson Dharun in Chennai. Bimal, who has a Masters’ in Public Health from London School of Economics, was CEO of Christian Medical Association of India. After 35 years of non-stop travel all over India and many other countries, he retired in 2020.

Sadly, I would never make it to visit Dharmam in Nagercoil, as he passed away just three weeks short of his ninety-second birthday.

This tribute was written for Planters' Chronicle April 2021 issue

Posted by Saaz Aggarwal at 1:10 AM No comments: