Sophie-Kutty and Robo Langdon have arrived in Pune, following Sophie-Kutty’s recently dead grandfather’s cryptic directions. Sila the hijra is in hot pursuit. They join the huge annual pilgrimage to Pandharpur known as Palki, looking for more clues. Inspector Jadhav too has sworn publicly to solve the mystery.

The Palki comprised long lines of simple rural folk walking along in bands. 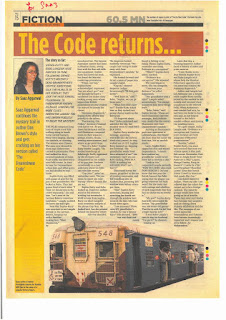